All articles tagged with "Hypnotic Slave"

Mistress BlackDiamoond wanted to teach her friends to know how to control and dominate guys when they had to and she did not want them to ask her to do it for them all the time. So she organized a small training with them. It was a practical one where she even had a loser to try the hypnosis on for them to learn. It ended up being more interesting than they thought initially.

Mistress Lena turns to hypnosis to get answers

Mistress Lena wanted answers from her boss but she did not know how to get them without looking like she was being insubordinate. So she did what she does best and she teased her boss and she had him under her total control. Within a matter of minutes after that, she had managed to dominate him and he told her all she wanted to know. The best thing about it is that he did not remember anything.

Lady Zoey learned how to hypnotize and she tried it on her ex. She did it for fun because she wanted to fuck him up a little bit. He thought they were having a routine meet up but it ended up being a hypnosis meeting and she gained control over him and she messed with him by inserting some nasty things in his mind for a few days then she hypnotized him again to remove them. 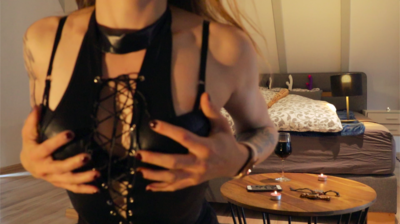 Mistress hypnotizes guy to get hired

This mistress knew she had to stand out from the crowd and she did this using hypnosis. She did not want to have to leave her fate in the hands of the boss so she took matters into her own hands and she hypnotized him. It was easy for her as she had sexy tits and a hot ass which she incorporated into her hypnosis and that is how she got hired. But she did all of these out of the office.

Goddess Alaine had messed up badly and she knew she was about to be fired. But she used her hypnosis fetish to get to her boss and have him pardon her in writing before he fired her and that is how hypnosis saved her job. But she did not take it for granted and she changed what had led to her near firing. Her boss on the other hand was shocked that he had pardoned her but since it was in writing he could not do anything about it.

Lady Rockabella wanted to dominate this bully and humiliate him for the whole world to see. And so she did it with her hypnosis fetish. She got him to relax and had him under her total control. She then made him do humiliating and demeaning things for her fun and enjoyment as well as for the camera before she felt it was enough. She then sent him the video and asked him never to be a bully again.

Mistress Ellie wanted to dominate her boyfriend because she was pissed at him. She did not waste time in hypnotizing him so that he was not in control of himself so that she would have an easy time torturing and humiliating him. After she had control over him, she made him do nasty and crazy things and he did them like a robot. But when he was done, he had no idea what he had just done.

Mistress Xenia flirts with guy before hypnotizing him

Mistress Xenia wanted to dominate this guy since she felt like he was a good candidate for hypnotizing and so she flirted with him. He liked what she did to him but he did not know that she had a sinister motive for doing it. She liked his reaction and she took out the big guns and in no time, he was under her control and she enjoyed manipulating him.

Lady Rockabella hypnotizes boyfriend to get the truth

Lady Rockabella wanted the truth from her boyfriend. She felt that there were things he was keeping from her and she was not going to let him do that. So the mistress used hypnosis to get him to tell her the truth. After he was under her control, she made him do what she asked and when she asked him a question, he answered all her questions without any hesitation.

Lady Despina wanted to control this guy and she knew that the best way to do it was to hypnotize him. The mistress went ahead and used her hot looks and her naughtiness to hypnotize the guy. He did not have a say in what she did and he found himself under her total control. The mistress enjoyed the control she had and she used it to get him to do the things she wanted.